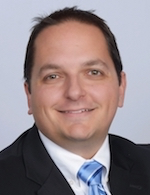 Mr. Manchester is well recognized in the employment field. In fact, Mr. Manchester was selected as a Rising Star in 2014, 2015, 2016, 2017, and 2018, which is a recognition by Super Lawyers a Thomson Reuters service. He is also a past President of the Dallas-Fort Worth National Employment Lawyers Association and was awarded the Dallas-Fort Worth Association of Corporate Counsel Larry Margolies Fellowship. Thus, Mr. Manchester’s knowledge and experience is a valuable addition to the firm.

Mr. Manchester handles a wide variety of employment claims for the firm. These include claims for:

Prior to joining Stacy Cole Law, P.C., Mr. Manchester worked as an employment lawyer in Dallas where he represented employees in claims for employment discrimination, workplace retaliation, unpaid wages, FLSA disputes, unemployment benefits, breach of employment contracts, and various other employment disputes. Mr. Manchester earned his law degree from Baylor University Law School, which is considered by many to be one of best litigation programs in the country. The firm is excited to have Mr. Manchester as part of our team.

For Employees
For Employers
Startups and Small Businesses
Attorney Profiles